I feel like I have so much to catch-up on, mostly because I do :) Now to just put pen to paper...or, rather, fingers to keyboard.

In 2016, we went back to Hawaii for our fifth wedding anniversary, and for Mother's Day that year, E and Geof got me a new Suunto GPS watch, and it needed to be used in a big way :) Geof was in the midst of a run streak while we were away, and at the time E basically only napped in the running stroller, so runs were a way for us to spend time together and get E some sack time.

I fell 'bass ackwards' into my very own running streak.

I didn't notice it for several weeks until Geof mentioned it and asked if I had taken a rest day yet (something I always made sure to do at least once/week). I checked my run log and sure enough, I managed to forget to rest...whoopsie!

From May 20, 2016 thru December 29, 2016 (7 months, 10 days...224 days) I ran every day, at least two miles, and averaging 4 miles/day for a total of 889 miles. Looking back I can't recall why I stopped, but I do know that the next day is when I found out I was pregnant again. Then the air quality got really crappy and I will not run on orange or red days because it makes me feel like I'm sucking on a tailpipe the entire run.

I was back to running the next day and I continued to run up until June, at over 29 weeks pregnant. I was psyched to make it past the 16w6d that I ran while pregnant with E. This time around was a significant improvement, and this pregnancy was drama and complication-free. Hopefully, A will grow up to love running as much as his sister already loves it :)

Streaking was a lot of fun, and garnered me a significant amount of good fitness and strength going into my pregnancy. More so than I would have anticipated. Never discount the power of a few miles a day, for both body and mind. I also listened to a lot of audiobooks during that time.

While I have no plans for another run streak, I do see it in my future, one way or another. Once the worst of the inversion season passes it may just sort of...happen. It's cool how it just became a part of my day, like morning coffee. It was never a question of if but rather of when each day.

Like I said previously, I'm just happy to have running back in my life :) 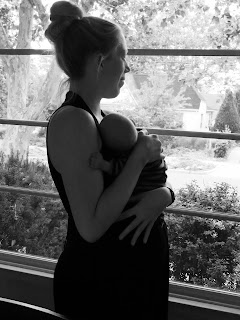