We got home late from work...who works late on their last day ever?!  We do :)  After putting the finishing touches on the apartment and put the final bag into the back of the truck, we were finally off, headed for Wisconsin to spend time with Geof's dad and stepmom.  Wisconsin was completely relaxing and, as always, a great time.  We stayed through Tuesday morning, and in the meantime we also made our way over to La Grange, WI to hang out and watch the Kettle Moraine 100.  It was a beautiful day and probably record great weather for that race. 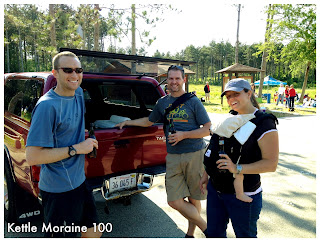 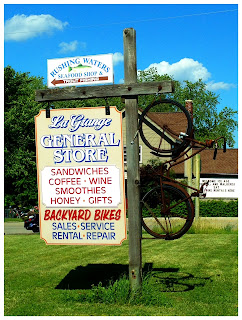 We ate a few meals at our favorite place in southern Wisconsin...the La Grange General Store

Our first night sleeping in the truck was a mild success.  Not bad, but not 100% ideal.  We parked in the Nordic parking lot so that we could roll out of bed in the morning and watch the finish of the race, so there was a fair bit of noise throughout the night.  Lesson learned :)  Otherwise, it was pretty comfortable! We put our self-inflating camp beds in the bed of the truck, made our bed, shut the tailgate and that was that.  Of course, if helped that most of our stuff was back at the Dunmore's house and we didn't have to jostle a bunch of stuff around  :)

After watching the last of the runners cross the finish line, we headed back to Janesville, got in a few great speedy runs along the bike path in town, caught a triple A baseball game in Beloit (complete with hot dogs and cheap beer). 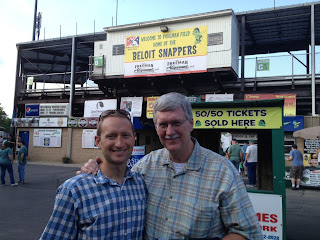 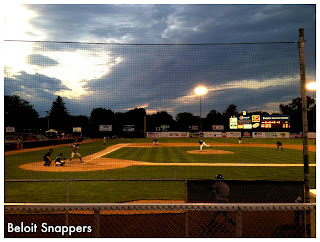 Geof and his dad worked on the lock on the tailgate (and fixed it!!)... 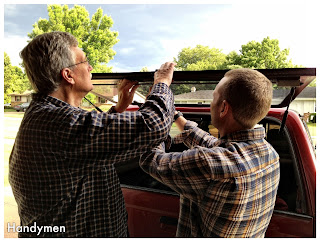 Then we headed downtown to watch a show put on by the Rock Aqua Jays...my first water ski show since I was a little tot and it was really cool! 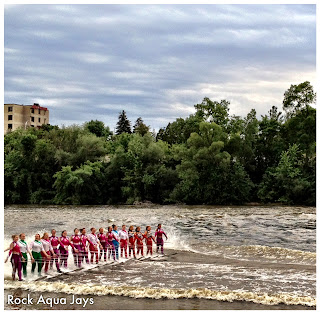 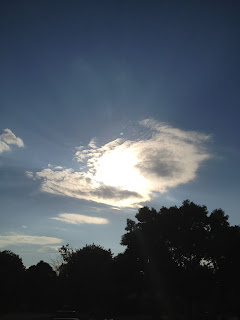 Tuesday morning we packed up, said our goodbyes and then headed south to spend the evening with two of my sisters down in Bloomington, IL.  I gave Geof the grand tour of my alma mater, Illinois State University, and even was able to get down to the student radio station I worked for all through college.  A stroll down memory lane :)  I spent A LOT of time in that station. 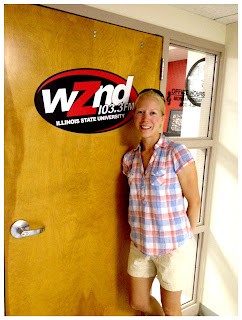 Back at Holms and Conan's house, Holms whipped up a fantastic dinner of BLTs with avocado and a crazy delicious goat cheese and tomato salad... 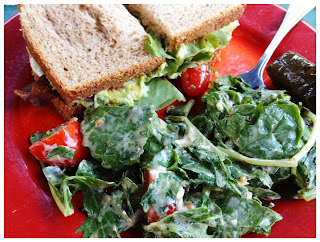 My sister has a bit of a green thumb...plants are everywhere! 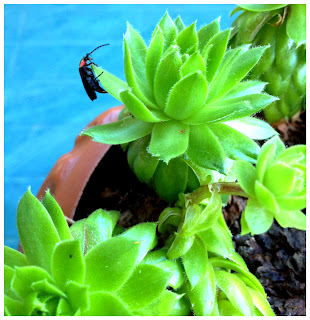 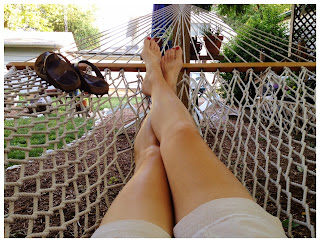 Wednesday afternoon we packed up again and headed for Clinton, IA to spend time with more family.  We took Geof's grandparents out for dinner at the surprisingly awesome Candlelight Inn on the Mississippi River.  Delicious, great company, and a fantastic spot on the outdoor patio.  We then ate our weight in carrot cake and homemade ice cream at Geof's mom and stepdad's house :) 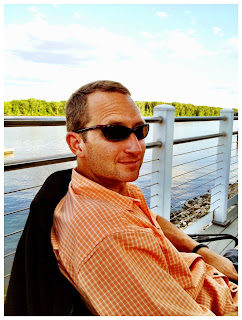 Thursday afternoon, we finally hit the road and headed west!

We didn't have a plan at first, but we knew we wanted to end up in Flagstaff before heading to Salt Lake City by the 14th, so we aimed the truck in that general direction. 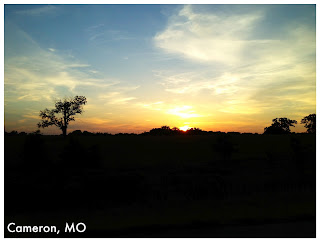 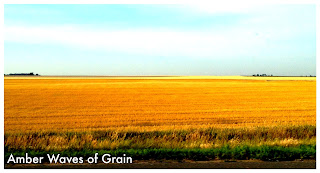 Due to a slight lack of planning on our part, we ended up delirious and badly in need of sleep around midnight, deep in the bowels of western Kansas...i.e. the land of no rest stops, "wide load" trucks, and slaughter houses.  I was reaching crazy laugh status quickly, and we eyed everything as a potential sleep spot.  We finally pulled into the dark parking lot of the Kingman Community Hospital around 1:00 in the morning, put the sunshade in the windshield, reclined our seats and slept like kings until about 5:00 a.m.  A couple of coffees from a Casey's General Store up the road, and a quick teeth brushing and we were outta there.  Blech!

We wanted to check out Greensburg, KS to see the town that was leveled by a tornado earlier in the decade and re-built as a "green" town.  It was okay...not quite what their website made them out to be, but still a neat place to see, however verrrrrry small and still in the re-building phase.

After Greensburg, we headed for Dodge City, KS.  I lovelovelove cowboy tales and the old west and this place completely tickled me.  We toured the Boot Hill Museum, watched a gunfight reenactment,  and roamed the replica Main Street for a short while, which is a living exhibit.  It was awesome!! 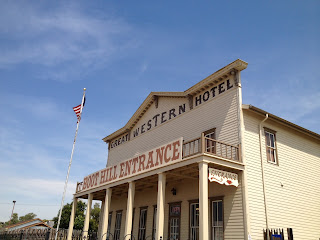 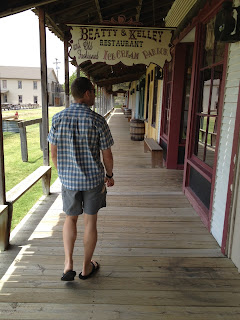 Geof walking down Main Street at the Boot Hill Museum.  All he needed were his cowboy boots and Stetson :)

After satiating my old west craving, we saddled up and made the final descent out of the Midwest and into the real West...and set up camp in a beautiful little state park in the sex change capital of the world.  Can you guess which town we were in?

You camped in Trinidad?

Kathleen beat me to it. :-) Everyone in Colorado knows that one...

Tombstone AZ is fun, if you ever get a chance to go that way. Along with running at Chiricahua National Monument (although you'll get plenty of rock formations in Utah too)