Is There Lamaze for Pre-Race Jitters?

I actually got a brief respite at work due to some creative maneuvering of responsibilities...aka procrastination...and thought I'd check up on the ol' blog. A whole week since my last post! Now that just doesn't happen very often these days :) Some brief thoughts...

Basically, I've been running short the last couple of weeks, since my last Palos run with the CHUGs, and kind of de facto tapering without really thinking of it as that. Vermont 100 is knocking on my door and I'm ignoring it right now. Holy moly, I'm nervous! This is a lot like how I felt the day/night before my first 50-miler, at McNaughton Park, but it's coming on a full two weeks in advance. The list of things I need to do and organize and pack and reserve and clean and fix and...yea, it goes on and on and my head is about to start spinning a la Poltergeist! I feel like I'm not getting a ton of positive reinforcement now that it's upon me and that a lot of people are being kind of negative about the race...c'mon people, sugarcoat it for me will ya, and add some extra sugar while you're at it! Geof being the exception of course, he's my cheerleader :)

Yea, running a hundred miles is hard, it hurts, and I'll have more than my fair share of ups and downs (and not just on the hills!), but I'm really looking forward to it and I plan on having an amazing time, not to mention I plan on finishing before the clock reads 30 hours :-) So I'm taking all the positive vibes you want to send my way, I won't discriminate optimism!

I'm kind of liking my relaxed approach the last couple weeks, it's certainly lent itself to feeling a lot better. My legs and knees and all that fun stuff have been pretty happy. The deep tissue massage I got last week has made a world of difference as well. WOW! I'm scheduled for another one this coming Monday as a last bit of relaxation before chaos ensues. Also going for another ART treatment.

It's only July, but it's already been a BIG year for me...and I totally called it on New Years Eve. My best friend got married this past weekend and I can't help but feel like it's a sort of harbinger of further change, and in a really good way. It was like watching the last 14 years of my life, and our friendship, flash before me as she stood there and vowed to share the rest of her life with her new husband. It was really cool to see that and to actually appreciate it. 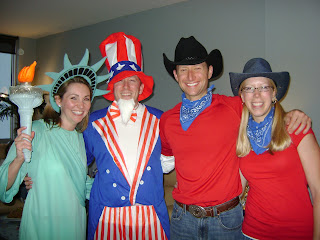 I believe in the power of the pearls. Plus you'll have that whole chili pepper thing working for you. What could happen?

My positive vibes are all yours, Paige-o-mite! You've got a good game plan for this, just stick to that and be patient, now and during the race. At some point in the middle of the thing, you'll hit an aid station, look at the clock, and KNOW that you're going to make it. (Trust me, it happens.) Try to enjoy the taper-time!

Paige, I am so excited for you!! You are going to have a crazy awesome time in VT. There is a whole lot of CHUG love and cheers coming from Chicago to you next weekend!!! :-) I can't wait to hear all about your amazing 100 MILE FINISH. GO PAIGE!! WOO HOO!!!

Hey, Paige, you're just not talking to the right people! It's going to be great. Absolutely, wonderfully great!

SCREW anyone who doesn't support you in anything. Leave 'em in the dust as if you were in a race. :)

Besides, you have Pearl Power, not to mention how can you not be hot stuff with those chili pepper shorts??

How could I forget the power of the pearls and the shorts?! My goodness, I hope they come through for me :)

Thank you all, you rock my socks :)

Seriously, Paige, if the the hot chili pepper pearl power (gosh, can you bottle that?!) doesn't help you, your "ness" will!

You know...the stuff of Paige that makes her totally awesome no matter what gets thrown at ya!

Hope you saw "You, Me and Dupree" to know what I'm talking about or else I'm going to sound like a babbling idiot...(but this wouldn't be the first time!).

p.s. I listen to relaxing music in a room with my cats while I diaphragmatically breath since I've been sick and unable to run. It usually helps. Plus, I have a positive mantra that I repeat to knock out the negative thoughts when I doubt myself. That seems to work, too. :>)

LOVE that movie! "I've got seven kinds of smoke!"

Paige, I have no doubt that you will rock it in VT! It is going to be such an amazing, amazing experience! Can I just admit now how incredibly anxious I am to read your report and attempt to live vicariously through you? :) I seriously admire your courage and tenacity--I only hope that one day I'll have a fraction of that amount! YOU'VE GOT THIS, GIRL! :)

Aww, thank you so much IC! It's going to be a fun report to write, no matter what happens (but I'm sure it's all going to be good!)! Weeeeeeee, I'm getting more and more excited!

Paige,
I am positively positive that you will have an awesome time at Vermont. The time on the roads will only be eclipsed by the time on the trails and at the aid stations. It will be a most exquisite adventure. Being a like minded optimist, I can only envy your epic journey and celebrate your triumph with you. Also, don't forget, there "are" cowboys in Vermont, or there will be at least one cowgirl. Giddyup girl, gallup the course!
Can't wait for your race report,
Gene

P.S. Don't rush the growing up thing. I met someone once who had grown up; did'nt like what I saw. It's not for me.

You're gonna do awesome, Paige! With your can-do attitude, there's no other possible outcome. And I know I don't need to remind 'ya, but have fun, too!

Ok, now: Three Days 'Til! Have a great trip and a great run - and maybe a couple of class 1A trips during the run, too (you know, just for luck)!