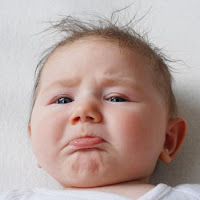 I started out my day by drafting the first couple of paragraphs of a new post, and after going back and reading what I had written, I clicked "save now" and logged out.  I didn't like what I had to write, but wouldn't yet erase it.  It was very self-indulgent and whiney.  So, I went back in, erased it, and started from scratch, with half the self-indulgence.  I loathe this phase.  I blame it on the taper :)  Of course, it doesn't help that I've been reduced to zero activity this week, right leg elevated at all appropriate times, ice wrapped tightly from my calf to ankle, system being shushed with low doses of anti-inflammatories, and head filled with all sorts of doubts and negative thoughts.

So after a full day of work and distraction (but not too much distraction), the negative thoughts have dwindled into single digits, just as I knew they would, and walking up and down the long hallways at work has actually regained most of its usual enjoyment.  But I can feel that tight ache that resides somewhere either at the attachment of my achilles and gastroc, or in the soleus (I've yet to determine the culprit), sitting on the sidelines, waiting for me to make the wrong move.  It's anyone's guess how things will go on Saturday.  It makes me downright sick, but what can you do?  All I can really ponder is, "mother eff, why now?" :)

Things felt weird during my usual morning calf work and stretches on Monday, but I pushed it aside because I couldn't link it to anyting specific (very unlike me) and then went out for our planned run.  That was silly of me.  It bothered me most of the run, and so did my right glute for that matter.  While I was very much enjoying my usual company of Geof, and the added bonus of our friend, Kalina, visiting from out of town, my right leg was begging me to stop before we hit the turnaround.  Now, it hurts to raise up on my toes and my usual speed walk is out of the question, not to mention running.

I guess all I can hope for is for my efforts to make it disappear before the race on Saturday, or at least shut-up long enough to let me have a great race.  Heck, I'll even settle for a "good" race at this juncture :)

Times like these beg the question, what does running actually mean to me?  You?

It's lots of things to me, but mostly it's something that makes me feel good and gets me outside and takes me neat places I otherwise wouldn't visit (can we say Grand Rivers, KY? Leadville, CO? Fountain Hills, AZ? West Windsor, VT? Huntsville, TX?).  But, this is something I can explore further at a later time, perhaps during another sulk-fest?  Okay, maybe not, but I intend to delve deeper into this.  There needs to be a better balance (and, of course, as I type that, the infantile part of me says, "But I don't wanna!!").

In other news, I recently finished reading a really incredible book, The Alchemist, and I keep trying to integrate the underlying theme into my own life...with zero success.  But, I love the story and can appreciate what its message is.  I won't give that away, you need to read it to find out :)  I think this will be a book that gets re-read over and over again.  It's that good.

Wish me luck, I think I need to bank a whole lot of it for this weekend!

I'd say you do a great job of following your heart - certainly one of the themes in The Alchemist. That book's definitely one that makes the re-read list for me.

I'll have more for you on the other stuff via email, but suffice to say I'me super looking forward to the weekend! :)!!

Really enjoyed your post! I too have had to recently sit back and think about my racing and how much it means as I deal with tendinitis in my shin. Ugh. You have a fresh attitude, you'll get through it!

Thanks for reading, Jennifer! Shin splints were my first ever taste of running ailments, waaaaay back in 2008 :) Ah, the old days, lol. May you have a speedy recovery. Make sure to ice, ice baby!

Gretchen, me too! Super looking forward to Saturday/Sunday! I have moved on to the bargaining phase and am hopeful I can at least speedwalk now, lol :)

Hello Miss Paige! Sorry to hear about that you're having the tapernutty "wah wah wah"s. :-( I know that you're doing what you need to do that will allow you to have an awesome race. I soooo look forward to cheering for ya!

Have fun at Rio Del Lago this weekend! A friend of mine here in Atlanta, Christian Griffith, is running that race as well.