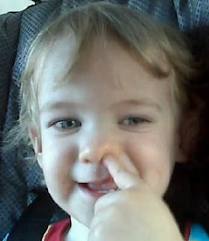 No, not a gold digger...a goal digger :)
Image courtesy of www.twopeasinabucket.com
I find that in running, and perhaps in regular life, too, I don't like to proclaim my goals too loudly. Rather, I'll water them down for public consumption, whisper them when no one else is around. That's silly, I'm not seeking watery goals, and not everything is a whisper goal. It is most definitely borne of a fear of not achieving them, or falling short. Insofar as running is concerned, I fear injury, and, thus, don't like to set many running goals because I worry something will come up and I'll only be disappointed.

That is so lame.

So what if I don't achieve a goal in the timeframe I initially had in mind? It's not suddenly rendered a totally unattainable goal; it's just not attainable within the original timeframe. Reassess, regroup and set a new timeline. I love this one quote that seems to pop up all over the place, something to the effect of 'life is 90% what happens to you, and 10% how you respond to it'. It's a nice thought, and certainly holds some water.

On a recent Saturday, whilst basking in the glory of a good/tough long run, I lounged on the couch and picked up a book Geof brought home from work. It was small and thin (even better) and had a big font (bonus!): it begged me to read it. It was called No Excuses - The Power of Self-Discipline by Brian Tracy. Never heard of the guy, but Geof mentioned he liked him, so chances were I'd like him, too :) After soaking in a couple chapters, I came away with a small, yet still sizable, message: set goals, write them down, make it happen. Basically, according to this guy, 97% of people have goals, but never bother to write them down. The remaining 3% of the population have goals and actually write them down, thus setting into motion a chain of events that ultimately lead to the achievement of said goals. By the way, everyone else works for this 3%.

I was a tad overwhelmed by the approach he suggested, but figured I could do a mini-version of his suggested route and see how that felt. I decided to come up with a couple of challenging, yet still very attainable goals for my running self in 2011. Why not? I don't want to be a member of that 97% group of people who only ever talk about what they want to do (talk is so cheap), rather than actually writing out a plan and moving forward with it. So here goes (my goals, not my plan...that's still a work in progress):

Well, that PR changed over this past weekend (woohoo!  Race report to follow later this week :)), so now I had to revise this entry, yet again :)  But, that's a good thing!  I have now reevaluated my goal for Ice Age 50k and aim to finish in 5h:30m.  The Ice Age course is much more difficult than the course I was running this past weekend, but it's not that bad, and I truly feel this is still quite doable, but not without some work.

3. After letting this draft sit for a good few weeks (no, I didn't forget about it; rather, I was mulling...and I was actually a little afraid of the accountability!), I grew the balls to throw in an unexpected third goal, and this one sorta scares me because I know what it'll take to get it...a LOT of very hard work and discipline, as opposed to just maintaining my current fitness. I plan to run only one hundred miler this year, Javelina Jundred. My goal for this race is to bring some A game. I want to get a new 100 mile PR, and finally break through 28 hours. But, I actually aim to do one better than that and finish under 26 hours. Who-daddy, now that is scary!! It is not an easy course, it's a sucker-punch course...you go in thinking it's all 'whatev, anyone can run JJ', and as soon as you let your guard down for a moment it body-slams you, repeatedly. So, you can't shirk your JJ training if you want to do well. I wonder if pool running would come in handy since running in sand is a lot like running in water :)

Well, there you have it.  I have some other things in mind, but first I would like to get to work on these...afterall, they will require a fair amount of work! I also have some good personal goals I'll start outlining, but that's totally un-running related so I won't bore you with that here :-) Those will take up a lot of scratch paper and a lot of different drafts to write out properly! And, lots of doodling...I like to doodle when I'm working hard :)

This was fun! I already feel well on my way to achieving my goals :-)

I think everyone should practice this.  Why not?  It's never too late to start either.  You don't need a new year, or a new month to get to work on it.

Have a great time pursuing your goals!

Best of luck on achieving all of your goals for this year!

Great Post Paige !!! I have no doubt you will exceed your stated goals.

I'll hold you to those words, Eric ;) Thanks!

Those sound like good goals, and props to you for putting them out there for the whole world to see. Nothing like some good old-fashioned accountability. Brian Tracy dissed my mom once, but that's another story.

thanks for the sticker, woohoo..