"What we think determines what happens to us, so if we want to change our lives, we need to stretch our minds." ~ Wayne Dyer
I made that up, the title :) A mix of 'visualization' and 'reality'. It's time to turn how you visualize the future into a reality. Putting your thoughts and words into action. Make your "someday" today. Why not? Nothing is for certain, and we definitely aren't guaranteed the future, but that doesn't mean we can't plan for it.

A new year is upon us and I find it endlessly amusing to look back on the last 360-some odd days and reflect on where I've been, where I am and, as a result of these places, where I'm going. I don't know about you, but my 2008 has been the year of the 180...and a few firsts. Things that began as one thing, ended up something entirely different, the complete opposite. I went from relative life balance, to tipping over, to finally feeling that I'd struck a new balance. From renting, to owning. From sheltered to adventurous. From a clean slate, to getting my first tattoo. Watched my first sister get married. I skipped the fish and the gerbils and adopted a cat (I figured it was time since I was able to keep a plant alive for two years, and counting). Discovered my most favorite dude in the world, Mike. Learned how to trash run. Fell in love with Atayne. My biggest flip, though, was when I went from a 5k road runner to a PR glutton to a trail ultra runner. Holy crap, talk about a 180! I truly believed that I wasn't cut out for running long distances, especially after I earned a nice pair of chronic shin splints during winter half marathon training back in February. The 5k was just dandy at that point. Then I lept way outside my comfort zone and joined a running group, only to start racking up the PR's (times and distances), and hit the trail a month later for the first time in my life. I'll never look back :)

At some of the most random times in your life you'll gain a whole new perspective on something, and it will be in such a way that you wonder how you ever saw it differently. Sometimes you have to be shown, other times all it takes is opening your eyes or allowing a moment to settle and swish around in your mind so you can catch all the different 'notes' and form a more 'full bodied' take on it. I feel like a glass of wine for some reason...!

I started this post as I was getting ready to leave work (c'mon, it was a slow afternoon!), thinking I'd crank one out in a couple minutes, to sort of vet out what I was thinking. Then I got pulled in for an impromptu yearly review. Would have been nice to know about it beforehand, but, like I say, whatev. My point being, I've now gained a whole new perspective on my status in life as it is. And, it makes me laugh a little. I was pleasantly surprised with my review and have no real qualms with it other than with something I won't delve into here, and it's a big something in the grand scheme of things. But, that's neither here nor there. I have a new perspective! For one, how I visualized where I stand is the complete opposite of what it really is; how I imagined things would go...well, that wasn't really up to par either. I had a pretty good idea of the level of certain internal discontent, but now it's concrete. Now, I know that action is all that's left. When push comes to shove...

So, I will be going into this new year with a fresh perspective on things and a better idea of what it is I need to do. I have goals, concrete it-will-totally-happen goals, and a plan of action, albeit slightly shaky but there's still more to work on. I don't really do "resolutions" but I set goals and benchmarks for myself. There are quite a few for 2009, and I've listed 5 in the sidebar, but my favorite is my 50-miler. I can't WAIT to hit the trail and kick some butt in McNaughton. I don't care if I am DFL (dead f*&$ing last), as long as I make that glorious cutoff I will be one happy camper. Then, you better watch out because once the pain wears off, I'll be talking 'hundreds! I already have my eye on Heartland 100, but that's just a dream right now...a visualization, if you will :)

Well it's been one heck of a year...how about some pic's to illustrate it a bit! 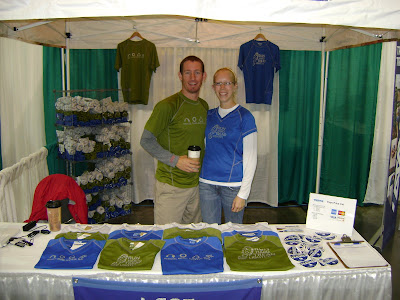 Mike and I at the Columbus Marathon Expo, for Atayne - October 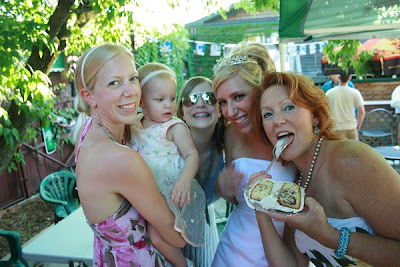 With my niece, Ava, sisters Tilly and Roo, and my rockin' mom eating cake - August 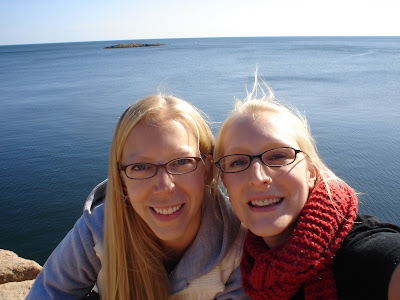 Holms and I in Acadia National Park, right after getting our 'tats' :) - October 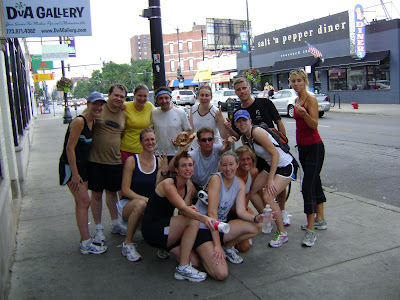 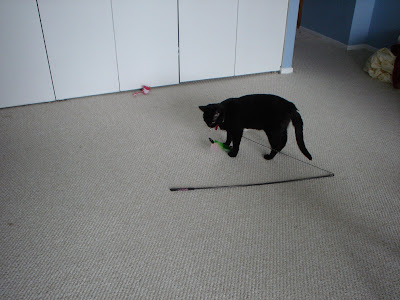 Lola, showing her stick toy who's boss - May 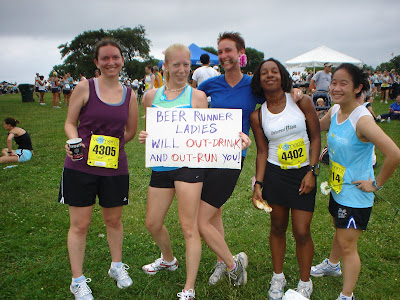 I guess I don't have a ton of pic's from the earlier part of the year...probably because the second half of the year was a lot more fun :)

"To accomplish great things, we must not only act, but also dream; not only plan, but also believe." ~ Anatole France