Wow, three posts in the span of four days...it's like the old days of blogging, when I'd post every time I batted an eye ;)

It's been pretty cold here the last week or so...I'm talking downright arctic blast.  At least for me; at this point; compared to, like, Southern California.  Or maybe not.  I have no idea what SoCal's weather is currently like :)

We've resolved to train through the winter, as usual, which means running in friggin' cold temps since the new year.  Good thing I've learned how to dress for the cold.  Except for my hands.  I managed to under-think it yesterday and didn't grab my windproof mittens for our Tuesday Ten and my fingertips were in pain for far too long afterward.  Lesson learned.

Another lesson learned.  A really good running jacket makes the world go round.  Or at least it makes the cold miles fly by.  I went out on a limb and snagged a jacket that cost more than $40, and wasn't on the REI clearance rack :)  I bought the Brooks Inifiniti Jacket.  Me likey.  This isn't a product review; I just love this jacket so much I wanted to share it with the world.  It's pretty thin and very lightweight (no lining), and has really awesome windproof-ness and some waterproof-ness.  I also like that it has what I'm calling 'wrist gaiters'.  I don't know what they're really called, but I love them, and they have thumb holes.  Which I also love, but don't use much since it's buttass cold and I'm wearing gloves anyhow.  Since it's not insulated you do need to layer up underneath, which I am a big fan of.  Layers, that is.  I'm also a big fan of walnuts these days, but that's neither here nor there.

So, if you're in the market for a new winter running jacket, and already are a fan of layering, I recommend this jacket.

Speaking of running, Tuesday Ten was fabulous.  We ran a modified route due to ice and crap covering our usual route, and due to my paralyzing fear of ice.  Our runs are a fair bit slower during times of frozen stuff, but that's okay; it teaches me patience...and how to settle down quickly when my heart rate has spiked through the roof because I merely saw a patch of ice off in the distance.  (Imagine what it's like when I'm actually running through ice.  I get instant hot sweats and my heart pounds ferociously in my chest whilst breathing heavily.  Oooo, even just thinking about it gets my heart pounding!)

In any event, we've been enjoying playing along with 31 Days of Adventures!  It's so simple and fun, nothing crazy, just ways to help you see and exeperience your world a little differently.  If you want to join in, it's not too late!  You can do make-up work :)  Today's adventure is to learn something new.  I'm going to learn how to make mashed cauliflower (like mashed taters, except different :)). 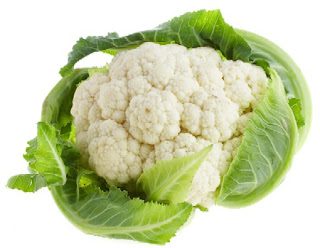 Photo: www.buttermilkpress.com
See, nothing crazy, just fun.  I'm documenting my 31 Adventures on Twitter, so if you want to keep up you can follow me there.  My twitter name (or whatever that is called!) is @paigeruns.  Fitting, no?

I've got a fun little giveaway in the works, so stay tuned for that!  Oooooo, a giveaway!  And it's running related, too :)